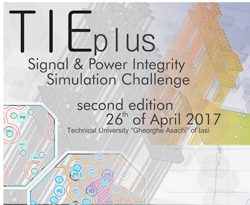 During the last week in April, the 26th Interconnection Techniques in Electronics (TIE) show was held at the Gheorghe Asachi Technical University in Iasi, Romaina, a wonderful hill town not unlike Rome. The event, a convention for the Romanian electronic packaging community, included a series of actions designed to draw smart young students to the electronics industry, which is clearly growing.

As usual, TIE drew representatives from the educational community in Romania (university and pre-university education), as well as members of Romania’s electronics industry and political leaders. TIE 2017 included two contests that focused on PCB design. The so-called “traditional TIE” contest brought together 38 students from 13 universities. All students, undergrads and post-grads, were ranked in the top three in their respective classes.

Participants had only four hours to create this PCB design, which was generated by a team of professionals from Continental Automotive Romania Timisoara, consisting of electronics engineers, PCB designers and thermal designers. Also assisting was TIE Industrial Co-Chair Cristian Gordan of Autoliv Romania. The design was imported into a PCB design CAD system by an expert with Microchip Technology Romania. This was validated by Prof. Norocel Codreanu of the Politehnica University of Bucharest.

The contest was designed so that its solution leads to a combination of rigid and flexible PCBs. 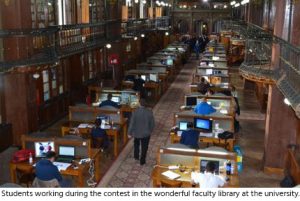 This year also marked the second edition of the TIE Plus contest, which welcomes doctoral students and post-docs within up to five years after obtaining a doctorate, in addition to undergraduate and master’s students. TIE Plus addresses signal and power integrity and is the concept of Dr. Catalin Negrea, under the aegis of Continental Automotive Romania Timisoara. This year’s contest focused on power integrity. The subject was developed by another team from the TIE Industrial Committee, composed of lead coordinator Dr. Catalin Negrea and Manole Manafu, both from Continental. Evaluation of the solutions was provided by Alain Michel of ANSYS France and Danilo Di Febo of CST AG Italy.

In addition to the two primary contests, two workshops were held—one technical and the other dedicated to the human resources in the electronic industry. 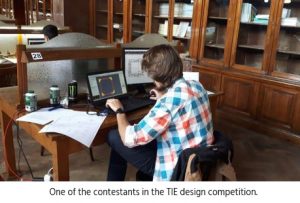 Within the technical workshop, Prof. Dan Pitică and engineer Cosmin Moisa of Continental, addressed topical issues in the field of simulation of interconnection structures, thermal management or design of PCBs whose components are assembled using the pin-in-paste technique. This class highlighted the importance of integrator projects in the education of undergraduate students as “Best Practice” in universities. This type of project requires students to use the knowledge gained in previous semesters. The project basically goes through the stages of manufacturing of an electronic product, from the design phase to the production phase, and then passes through the test phase. In addition, students are asked to become accustomed to the concept of “milestone & delivery.” The curriculum has reached from entry level to the high end of electronic packaging, hopefully whetting industry`s appetite for the fruits of collaboration with the academic environment.